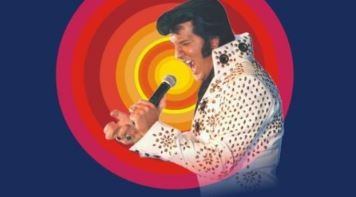 Located at the heart of the Gold Coast, The Star Gold Coast is one of the best places for live entertainment in the region, and offers a regular lineup of unmissable shows to see each month. This September, give the perfect Father’s Day treat by booking our ocean front accommodation Gold Coast apartments and catching one of these upcoming September shows!

Elvis – The King in Concert
All fathers love Elvis Presley, and arriving just in time for Father’s Day this September is Elvis – The King in Concert, a sensational tribute show starring Mark Anthony that’s toured all over the world and received nothing but critical acclaim in its wake. When it comes to impersonating and singing Elvis, few do it better than Mark Anthony, who has been passionate about “The King” since he was a young boy. He’s won numerous Elvis Presley competitions around the world, and has even be recognised as one of the best Elvis impersonators by Elvis Presley Enterprises. This unforgettable tribute concert features the very best of Elvis, including his biggest hits “Can’t Help Falling Love”, “Hound Dog”, “That’s All Right”, “Jailhouse Rock” ,”Suspicious Minds”, “Burning Love”, and the rest. Treat your father to Elvis – The King in Concert at The Star Gold Coast on September 8!

Postmodern Jukebox
For fathers that love swing and jazz, Postmodern Jukebox is a world-famous musical collective that takes modern hits and performs them with a vintage touch. Created by American musician Scott Bradlee, Postmodern Jukebox was soon touring the world with its exceptional live show, which have seen them perform impressive swing and jazz covers of Radiohead “Creep”, Gary Jules “Mad World”, The White Stripes “Seven Nation Army”, Red Hot Chilli Peppers “Give it Away”, Guns N’ Roses “Sweet Child O’ Mine”, and more. Don’t miss this classy concert at The Star Gold Coast on September 25 – the perfect treat for Father’s Day!